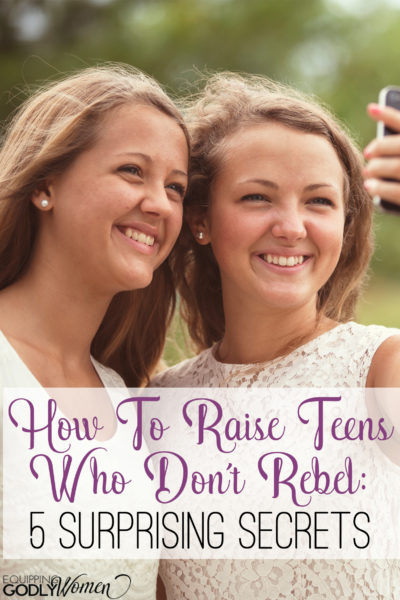 Guest Post by Rebecca Lindenbach, author of Why I Didn’t Rebel: A Twenty-Two-Year-Old Explains Why She Stayed on the Straight and Narrow—and How Your Kids Can Too.

I’m Rebecca Gregoire Lindenbach, and I was the perfect kid.

Well, not really. I fought with my sister, hated cleaning the toilet, and got pretty moody in high school.

But when it came to the big things, I never rebelled.

And when I tell people that I wrote a book about why I didn’t rebel, the first response is usually something along the lines of, “Well there’s no magical formula that means a kid won’t rebel—all kids rebel unless you’re just lucky and get a good one!”

Neither of those responses has ever made any sense to me. First off, why is it so hard to believe that teenagers don’t have to go off the deep end in high school? And secondly, why can’t we figure out ways to make rebellion less likely, so we don’t have to leave it up to luck?

*See Also: Do You Know What Your Teens are Doing Online?

Last summer I interviewed 25 young adults who did and didn’t rebel. I poured into their stories and delved into psychology research to pick out themes that made us less likely to rebel so that parents can know it’s not all about luck.

So today I want to give you a peek into five of the things that my parents and other parents of kids who didn’t rebel did to help us make good decisions even when all our friends were not.

How To Raise Teens Who Don’t Rebel

**By the way, if you want additional help and strategies for raising teens who don’t rebel, be sure to check out Rebecca’s new book, Why I Didn’t Rebel: A Twenty-Two-Year-Old Explains Why She Stayed on the Straight and Narrow—and How Your Kids Can Too — out this week!

1. My Parents Taught us That Being Different Was OK

For those of us who didn’t rebel, fitting in was never the goal. But instead of saying, “You’re different” and leaving it there, they taught us to go above. Our parents made it very clear that the reason we were going to be different was because they expected us to use our potential in high school, not waste it partying or experimenting with drugs.

Our families showed us that being different was OK by making being different really fun. Whether it was family board game nights, camping in the summers, or being involved in International Bible Quizzing, our families gave us a place to fit in that made it so that we didn’t feel like we were missing out on much by not going to that friend’s party on the weekend.

My parents taught me that I was created for more than normal. They showed me what it was like to belong to a family centered on God, not on what others think. It’s not about being OK with being different—it’s about striving for more than the status quo.

2. My Parents Trusted Me

The teenage years are hard to parent. As children age through adolescence they start needing more and more independence—but they’re still often pretty inexperienced at making decisions! It can be a tough balancing act for some families.

Those of us who didn’t rebel were given a ton of freedom. But it was how we were given that freedom that made the difference.

We weren’t just told, “Well, you’re 14 now, so no more rules! Go off and have fun!” Nope. Instead, our parents shifted so that the boundaries in our home were more of a conversation than a list. For example, instead of being told our curfew, we had a discussion so that we could choose a responsible curfew for ourselves.

3. My Parents Made Talking to Them Easy

In high school, people talked to me about their issues. They told me all sorts of things that I was likely way too young to be dealing with—but whenever I asked them, “why don’t you talk to your mom/dad?” They’d laugh and say, “I’d be grounded for a year! And they’d just scream and I don’t want to deal with that.”

I had parents who were so easy to talk to that communication was just a reflex in our family. And that’s because my parents had gotten into a habit of giving us real time to talk to them. When we came to them with something—even if we had done something wrong—the first thing they did was listen, not punish.

Too often parents try to force the conversation, and then when their teen finally does open up they get punished harshly or yelled at—which simply makes them less likely to open up later.

We were punished for the bad behaviour, of course. When we needed a consequence for something we had done, we talked about it civilly with our parents and came to the conclusion together. And that way we knew that opening up was safe—we wouldn’t be dealt with unfairly. It made for a very different family dynamic than families where kids were grounded the second they confessed anything.

4: My Parents Were Honest With Me

Teenagers are a lot smarter than people give them credit for. And that’s where a lot of tension lies between parents and their teens.

Many people I interviewed who rebelled were keenly aware of things going on—but they were never allowed to talk about it. You can’t talk about how Mom is overly sensitive, or how Dad has a temper, or how the family doesn’t have a lot of money. For many kids, there was divorce or death in the family that could never be talked about because the parents hadn’t dealt with it themselves yet.

The result? The kids became either exhausted or fed up with the façade their family was trying so hard to maintain and decided, “Screw it. I’m doing my own thing.”

Those of us who didn’t rebel were also keenly aware of our families’ issues. Grief, sin, personal flaws—we had them all. But we could talk about it.

Talking about the issues made the issues seem small. It didn’t make the problems go away, but it helped us feel less powerless.

*See Also: Are Your Christian Children Prepared for the Real World?

5: My Parents Didn’t Give a Hoot about High School

There’s a lot of pressure on the high school experience from parents. We hear “These are the best years of your life!” more times than we can count.

But for those of us who didn’t rebel, that wasn’t the case.

Of course, our parents were encouraging of us enjoying high school, but it was never seen as the most important time of our lives. I can’t tell you how many times my mom told me, “I hated high school. Being a teenager? Not so fun. So just get through this. Adulthood is way better.”

We knew that life would start once we left the nest. The result? Our goal was responsibility and independence. While other kids couldn’t wait for their first high school party, we couldn’t wait for tours of college campuses. And that mentality meant a world of difference.

I enjoyed my teenage years. But I knew that I was made for more than being seventeen. So why would I want to make bad decisions that would impact the future I was so looking forward to?

There’s no perfect formula to parenting—life is just messy. But that doesn’t mean that you can’t take steps that will make it less likely that your kid will rebel. I’m proof of that—as are many of the young adults in my book.

Hey — I loved this post, and I hope you did too. And IF you did and you’re interested in raising kids who don’t rebel yourself (I absolutely am!), then I’d like to invite you to check out Rebecca’s new book that just came out this week.

It’s called Why I Didn’t Rebel: A Twenty-Two-Year-Old Explains Why She Stayed on the Straight and Narrow—and How Your Kids Can Too.

I got to read it already and I really enjoyed it!

Ever since I was a teen myself, I knew I wanted to raise good kids who didn’t rebel — but I never really knew how — not really.

The strategies Rebecca shares in her book are so helpful and make SO much sense. I’m definitely going to be putting them into practice with my kids — and I hope you will to!

Click the button below to learn more about Rebecca’s book and to grab a copy of this book for yourself! 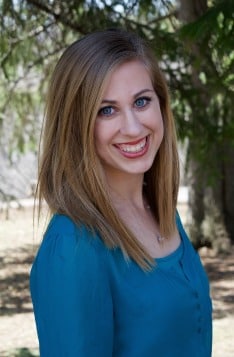 Rebecca Gregoire Lindenbach is from Ottawa, Canada and the author of Why I Didn’t Rebel. The daughter of blogger and author Sheila Wray Gregoire, Rebecca is an online entrepreneur passionate about challenging pat answers and daring people to live beyond the status quo. She just celebrated her second anniversary this July. You can find her online at her blog, Life as a Dare.