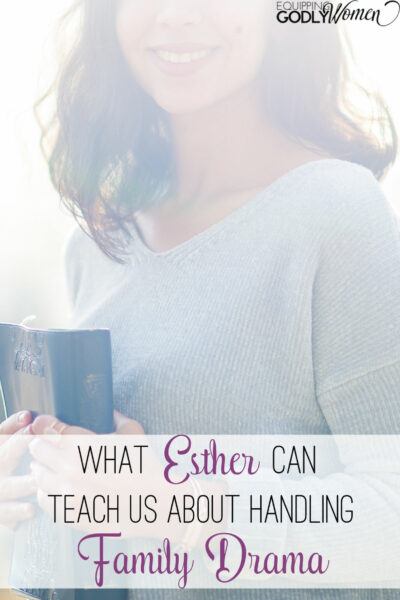 This was spoken by my well–educated client who served in a high–level management position at a large company. “It’s ridiculous how hard this is considering I deal with much more sticky situations at work.”

“This is so different though.” I softly reinforced. “Telling your husband you believe he has a drinking problem that is affecting your family and your relationship with him is a really difficult thing to do, especially if you plan to do it kindly and not in anger.”

“I feel like I need to do it soon or else I’m gonna blow up and call him selfish and a whole lotta other names,” my client replied.

We then worked together on creating a plan, working on timing and designing a script of exactly what she wanted to say.

Who Was Queen Esther in the Bible?

Esther in the Bible was just a pretty young girl who became a queen. I bet she felt like she’d won the royal lottery, but it didn’t take long for Esther’s story to change.

Esther’s family was in trouble. Her own husband had made a decree that would wipe them all out, and then she was asked to do the impossible: to speak up and risk her very life.

Wow! Talk about an uncomfortable conversation.

Esther, just like my client in the situation above, was faced with a life choice to remain quiet and see her people fall to ruin, or also like my client, to wisely speak up not knowing how her words would be received. In the Book of Esther, we see her courageously speak up for change.

As a professional counselor, I often support people during difficult times when they, too, face what seems like impossible situations. A parent dies and siblings, who were once close, attack one another during their anger stage of grief. Divorce hits a family hard and children can no longer be with everyone during the holidays. On their healing journey, an adult child realizes that they just can’t face another toxic interaction with a difficult parent and needs a break.

Speaking the truth in love isn’t easy but is often necessary. Below are six ways we can prepare to speak truth courageously when we know it’s what we are called to do.

We are studying great women of the Bible including Eve and Rachel, so you’ll definitely want to check them out!

6 Lessons We Can Learn From Queen Esther in the Bible

1. Esther in the Bible Prepared Her Mind and Body

I know beauty treatments may seem irrelevant, but Queen Esther allowed her servants to see to her physical appearance. I may be projecting a little into the text, but I know when I take time away to care for my body, whether it be a long walk or a therapeutic massage, these moments give me a chance to reflect and prepare mentally for the days ahead as well. (Esther 2:12)
Related: How to Set Biblical Boundaries as a Christian

2. Esther Allowed Others to Care for Her

Queen Esther in the Bible didn’t face difficulties alone. She had servants and family she talked with as she considered all her options.

Often, I coach executive women, women who work from home at least part-time, and stay-at-home moms who are all completely overwhelmed. Sometimes they truly need help but feel guilty and believe they are failing if they reach out or hire someone to come alongside them for a period of time.

I will repeat in and out of the counseling office as often as I can: It takes a village to survive this fast-paced, demanding world and we need to maintain one if we are going to keep our sanity. (Esther 4:5)

One of the greatest struggles I have working with the teenage culture is the fact that they tend to seek out advice from their peers and disregard the wisdom of the adults surrounding them. Esther may have been tempted to do the same. As a young queen, she could have consulted others in the court who may have advised her that this situation wasn’t her problem, but instead Esther chose to listen to her uncle about the cost of remaining silent. (Esther 4:14)

As a professional counselor, I see this step as the one that either makes the situation better or causes havoc, increasing tension and resentment. Esther didn’t blow up and storm into the King’s quarters enraged from the grievances she had toward him, as he was about to destroy her family due to his foolish pride. Instead she came up with a plan and even asked for others to support her through prayer and fasting. (Esther 4:16)

Related: How to Deal With Toxic Family Members Biblically

5. Esther Approached the Situation with Service and Humility

I confess. When I am overwhelmed, I begin a really dangerous spiral of thinking like a martyr in my head. I think about all the things I’ve done for others and become resentful of what they haven’t done for me.

Esther in the Bible took an approach of setting up a banquet and serving not only her husband, the king, but the man who had schemed to destroy her people. I think some might have accused her of being manipulative, but what she did was give and give again before she asked for anything in return.

Often when we approach someone asking for change, it’s wise to examine how well we’ve served them and to be intentional about doing so. I do believe in a balance to this approach and that’s why it’s wise to consult others. Sometimes we’ve given and given, and they can help us see how that part of our difficult conversation might be regarding how much we are able to continue to give. (Esther 5)

6. Queen Esther in the Bible Spoke Eloquently and From the Heart

Queen Esther spoke the truth when she had the king’s attention and asked for change. We too, at times, must do the same.

I love that Esther’s Bible story ends so well. As someone who has walked beside family drama and equipped sincere hearts to have difficult conversations with their loved ones for over 20 years, I know it doesn’t always end well. (Esther 7:3-4)

God calls us to confront and sometimes set hard boundaries no matter how well the response is received. It’s rarely easy, but like Esther, we can prepare well, seek support, and time our conversations as best we can.

My client’s spouse chose his love of alcohol over his commitment to their marriage and family. He felt that because he kept a high-paying, stressful job, he was entitled to numb his frustration every evening. Her journey was far from over, but she never regretted speaking up and asking him to seek treatment or face possible separation from his family.

Related: How to Get Along with Difficult Family During the Holidays

Which of these actions of Queen Esther in the Bible do you find the most inspiring? Are there any that would help you handle a situation in your life today? 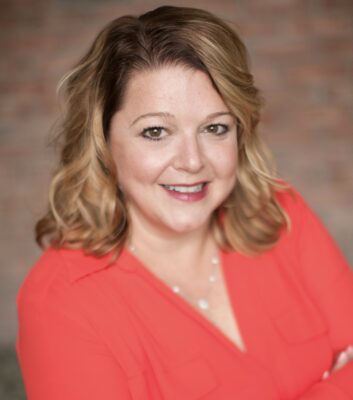 Michelle Nietert, Licensed Professional Counselor has been equipping audiences in the community, church, school setting for over twenty years. A happily married mom of two, Michelle loves inspiring readers and audiences alike to discover Solutions for Life with Practical Teaching and Biblical Wisdom regarding Mental Health. She does this through speaking, podcasting, and writing.
For additional information visit www.counselorthoughts.com.